The German government has given Mercedes permission to put its Level 3 autonomous driving technology on the road. The system will be available to the general public on the new Mercedes S-Class and EQS saloons early next year, with a few exceptions.

The Level 3 technology (named Drive Pilot) will be accessible solely in Mercedes' home market of Germany when it launches. Only slow-moving traffic on the highway at speeds up to 60 km/h will be allowed to use the technology (around 37mph). 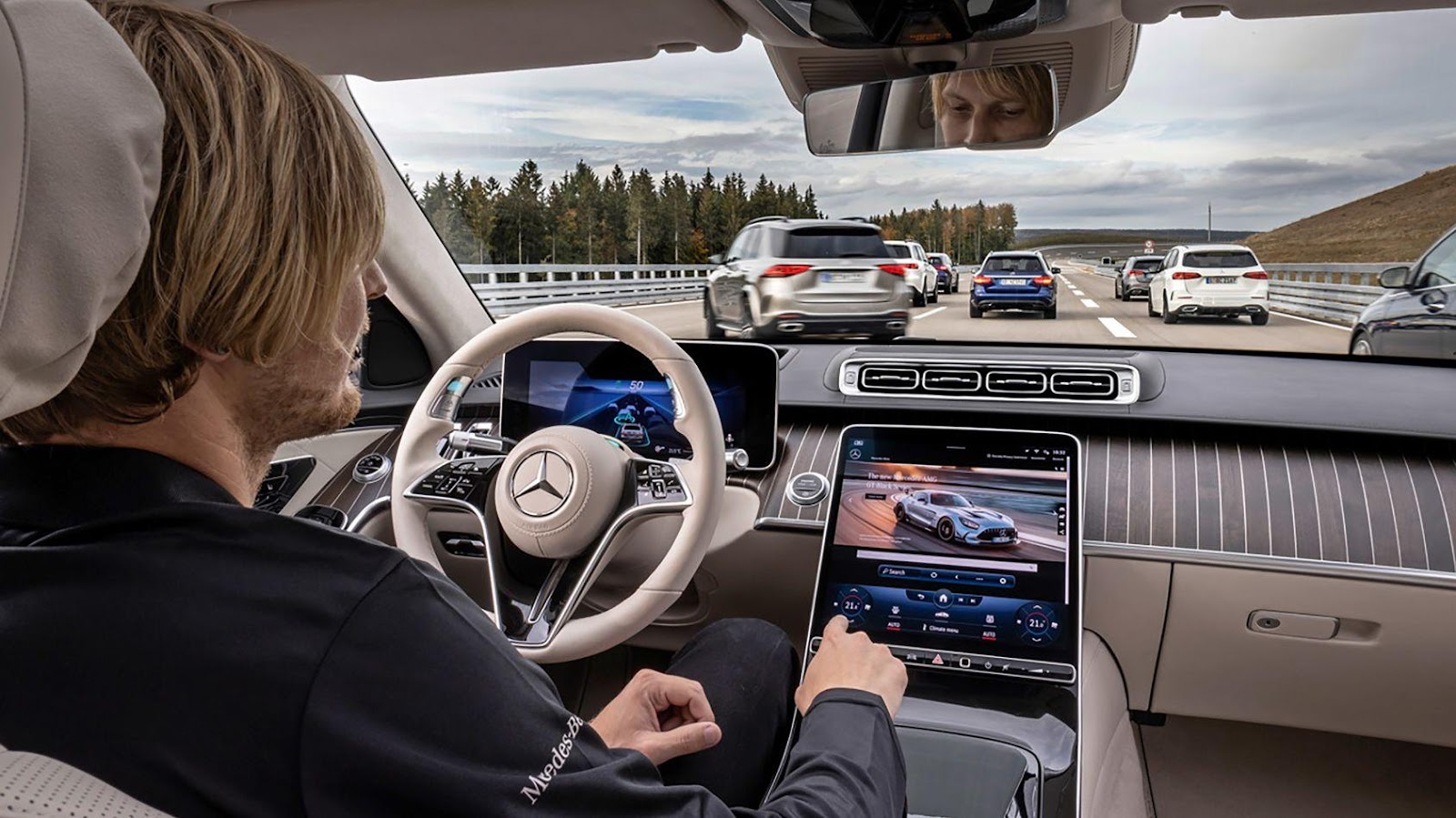 Mercedes also claims that its Drive Pilot system will let the driver to undertake "ancillary duties" such as online shopping, responding to emails, or watching a movie on the car's entertainment system, which is a big step forward in autonomous driving technology and law. Until now, self-driving technologies have required the presence of a human driver.

The Drive Pilot system collects data from a variety of LiDAR sensors, cameras, and GPS trackers that monitor the car's surroundings and allow the AI to react intelligently – and, more significantly, independently – to threats like swerving traffic or impenetrable congestion along the driver's route.

A moisture sensor is located in one of the wheel wells, allowing the system to monitor road conditions and alter its driving style accordingly. Mercedes has also incorporated a set of microphones and a camera for the back glass that are specifically designed to detect blue light vehicles and alert the car's artificial intelligence to move aside.You can also check the used car of Mercedes on GoodAutoDeals.

Mercedes claims that the system's clearance by the German Federal Motor Transport Authority has prepared the door for its international deployment. Before we can use the Drive Pilot system on UK roads, it must first pass through the desks of British legislators, but the fact that it meets European safety criteria puts it on a good basis.

"For many years, we have been working to realize our vision of automated driving," said Markus Schafer, Mercedes' chief technology officer. With this LiDAR-based system, we've created a cutting-edge technology for our vehicles that provides consumers with a one-of-a-kind, premium driving experience while also giving them what they value most: time.

"With the approval of the authorities, we have now achieved a breakthrough: we are the first firm in Germany to mass-produce conditionally autonomous driving." With this achievement, we are demonstrating our pioneering work in automated driving while also kicking off a major paradigm change.

"The car takes over dynamic driving duties under specified conditions for the first time in the 136-year history of automobiles." At the same time, we are relieved that this certification has been issued will continue Germany's pioneering role in automated driving."

If you are searching small used automatic cars GoodAutoDeals is the best option.